10 TESTS BEFORE YOU BECOME A GREAT LEADER 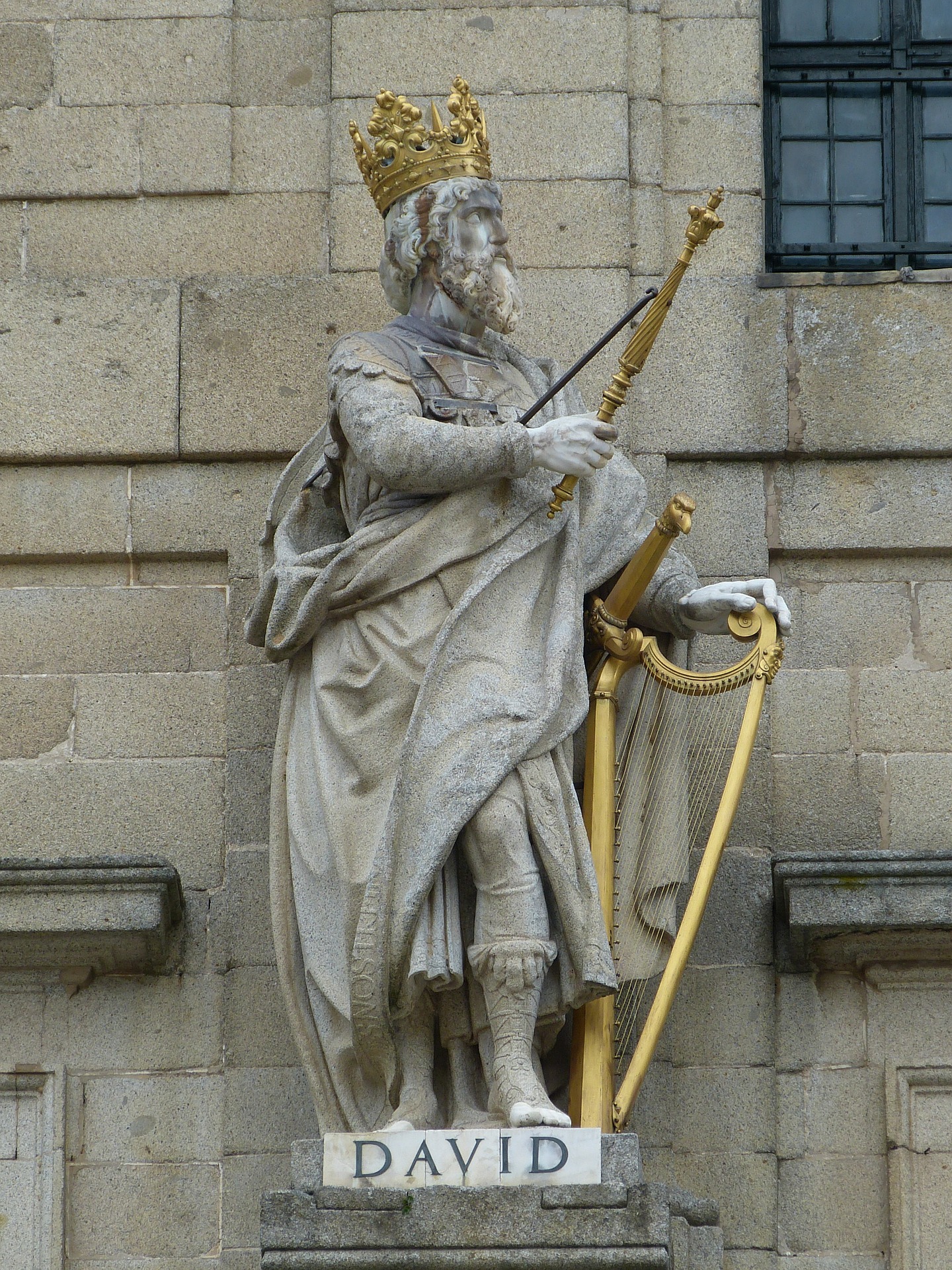 20 Feb 10 TESTS BEFORE YOU BECOME A GREAT LEADER

One Monday morning, you’re seated at your desk when you receive a letter from the company board appointing you the next CEO of your company. The letter gives no details of the salary, starting date or transition process. What do you do next?

That is what happened to David in the Bible. Samuel anoints this teenage boy to become the next king of Israel but it takes 13 years for David to ascend the throne.

You are sure God has called you to do great things. You are talented, anointed, strong and with many ideas of how your leadership will change the world. Sometimes you feel like God is taking you too slow. By now, you thought you would be somewhere but the progress is slow.

I have observed that God always takes his time to mould his servants before launching and sitting them on their throne. It’s the same process young Joseph had to go through for 13 years before he became the prime minister of Egypt and it’s the same process Moses went through for 40 years before the call to lead the children of Israel out of Egypt.

The sooner you learn to cooperate with God and allow Him to teach you the lessons you must learn, the sooner you will be on your way to accomplishing the exploits God desires to do through your life.

Here are the 10 tests David passed and lessons we can learn from the journey of this amazing Bible Character:

Test #1: Jealousy from His Boss

Shortly after David slew Goliath and the women began singing that Saul had killed his thousands and David his ten thousand, King Saul became angry with the shepherd boy God had used to defeat their enemies. From then on King Saul kept a jealous eye on David. [1]

Lesson: Your Superiors Will Be Threatened By Your Potential

When this happens, keep doing your job well. Do their assignments and be careful to challenge the authority of your leaders. If you must speak up, do it respectfully and gently.

Put the interests of the organization before your own. Remember, you are obligated to obey them and give them the respect they deserve by the virtue of the authority God has given them.

Test #2: Attempts on His Life

Two times King Saul hauled his spare at David missing him by inches and tried numerous times to end his life. [2]

Lesson: Keep Doing Your Assignments Despite The Threats

This is quite hard but necessary. Throughout history, leaders have been fought against and attempt made to silence them. But a leader who knows his God and who is on a mission will not quit because of threats.

Andy Stanley in his book, The Next Generation Leader, writes, “The invisible King is able to deliver us from the coercion and threats of the visible kings…he controls the actions of those who claim to be in control.”

One day, King Saul decided he did not have to kill David with his sword. So he sent him on a mission with the hope that David would perish there. David succeeded on that mission, his name became even more famous and Saul became very afraid of him.[3]

Lesson: Your Enemies’ Efforts To Bring You Down Are Stepping Stones

King Solomon says, “Those who lead good people along an evil path will fall into their own trap, but the honest will inherit good things.”[4]

When God is with you, whatever your enemy does to bring you down or take you out, will be the very thing God uses to promote you. If God is for you, whoever fights against you will be fighting against God. This should give you the confidence to face any situation or assignment without fear.

Test #4: Pretended to Be Mad

A time came when David had to live in the Philistine land where Goliath lived a few years before. King Achish’s officers were unhappy with the presence of David in their ranks.

When David realized that the people knew who he was, he pretended to be insane, scratching on doors and drooling down his beard. This must have been a very difficult time for the would-be-king. [5]

Lesson: You Do Not Always Have To Show All You Are, Have Or Can Do

It’s wise not to parade your abilities and wisdom, anywhere to everyone. Sometimes the people around you don’t care. It takes discernment to know when to speak and when to keep quiet. Ask God to help you know who is who in your life.

Test #5: Betrayal and Rejection by His Own

David protected the town of Keilah from the Philistine army. While there, he learns that King Saul would be coming to capture him. On inquiring, God told him the leaders of Keilah would betray him and his men to King Saul. [6]

Lesson: Don’t Be Shocked When The People Close To You Forsake And Betray You

Just because you love people and are serving them does not mean they will always repay you in kind. The very people who wanted to make Jesus king, were a few days later shouting, “Crucify Him, Crucify him.”

What does a leader do? Keep serving faithfully and when someone betrays or rejects you, entrust yourself to the Lord and he will vindicate you.

Test #6: David Wandered in the Wilderness

He was always on the move running from King Saul. He lived in the wilderness and mountains for most of the 13 years before he became king. What a way to live for an anointed man!

Lesson: God Will Let You Wander Before You Can Settle

As a leader, you may often feel like you’re not yet at your final destination. Welcome to the club. It’s part of the process. God will take you through different situations and places to mould you into the leader he wants you to be.

You see, nothing happens in your life by chance, but by God’s well-calculated moves to put you right where He wants you to be.

You will often not understand what God is up to but you can be sure one day you’ll thank Him for the experiences you went through. Your wanderings are the precious raw materials that make you into the final product.

Test #7: David Spared the Life Of His Arch Enemy

David had two chances to end the life of the man who had made his life miserable. His soldiers could not understand why he hesitated to seize the clear chances to kill Saul.

His words to Saul explain why, “The Lord gives his own reward for doing good and for being loyal and I refused to kill you even when the Lord placed you in my power, for you are the Lord’s anointed one.”[7]

Lesson: Remain Loyal to Your Leader

Like David, you must understand that God has given authority to the leader above you. Therefore, as long as you are in their service, no matter how cruel, abusive and mean, they might be, God requires you to respect them and remain loyal. 1 Peter 2:18.

You have no room to say things behind their back or participate in their downfall even if it would mean a promotion for you. David knew that ‘The Lord gives his own reward for doing good and for being loyal.’

Test #8: Opposition From Within

One day when David and his men arrived home at their town of Ziklag, they found their camp in ruin and their wives and children were gone.

“David was now in great danger because all his men were very bitter about losing their sons and daughters and they began to talk of stoning him. But David found strength in the Lord his God.”[8]

Lesson: When You Face Opposition From Within, Encourage Yourself

Your decisions and plans will not always turn out as you expected and might cause a temporary crisis in your organization. It’ll be you against the world. People will say hurtful things and even suggest throwing you out.

The first insult against David comes from his oldest brother while at the battlefield. He says to David, “What are you doing here anyway? What about those few sheep you’re supposed to be taking care of? I know about your pride and deceit.” [9]

The second is from Nabal. “Who is this fellow David? Who does this son of Jesse think he is? There are lots of servants these days who run away from their masters. Should I take my bread…and give it to a band of outlaws who come from who knows where?” [10]

A wise leader will ignore the insults of a fool. Leave revenge to God who defends you. He gives His grace to the humble and He lifts them.

When someone belittles, insults or discriminates against you, do not labour to fight back or defend yourself. State your case, then let God prove himself strong on your behalf. This calls for humility. He proved Himself strong for David, Nehemiah, Daniel, Apostle Paul and many others throughout the generations.

The first men to join David after his family were men who were in trouble, in debt or discontented. [11] At one time, evil troublemakers in his army wanted to give nothing to men who they had left behind while they went to rescue their families.

But David told them, “…do not be selfish with what the Lord has given us….we share and share alike – those who go to battle and those who guard the equipment.”[12] Don’t you just love this leader!

Lesson: The Undeserving and Outcasts Matter

Never despise anyone. You never know who someone will be to you a few years from now. The group of outcasts mentioned above eventually formed the core of David’s military leadership.

Even Jesus chose men who were not sophisticated, educated, wealthy or in high ranks in their society. To accomplish your vision, look to God first and receive the people he sends your way. It is your responsibility to love them, mentor them and build them into the army that will transform the world.

There are many more lessons we can learn from David’s life.

What stands out for me is that David was a man with an unquenchable desire to please God. He was a man with a yearning to know what God wanted him to do in every situation. We see a man who gave his best in whatever he did.

“In everything he did he had great success, because the LORD was with him.” 1 Samuel 18:14

And for the rest of the years of his reign, though not devoid of more tests and failures, testify of the great kind King David was. “After David had done the will of God in his own generation, he fell asleep.” [13]

Won’t you love to leave a lasting legacy as this man did?

What other lessons can we learn from King David? Who else inspires you to lead well in the Bible?

Israel Hirwa a Certified Professional Life and Leadership Coach with YAW PERBI. He is also an Accredited DISC Coach and a Certified Behavioural Consultant.

His first book, Make the Most of Your Identity, tackles topics on purpose, identity, values, wellness and personal finance. Israel is married to Damalie and they’re raising two adorable daughters.